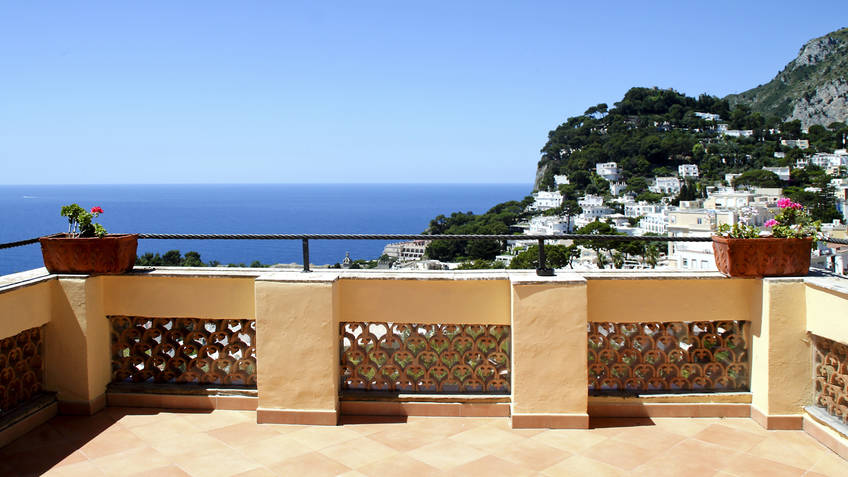 Or request an estimate

Or request an estimate...
Are you looking for something else, or need an estimate? Request an offer
Book in just minutes

Deluxe Room with seaview and garden-view - 18 -30 sqm
Bathroom with shower.
Pets not allowed 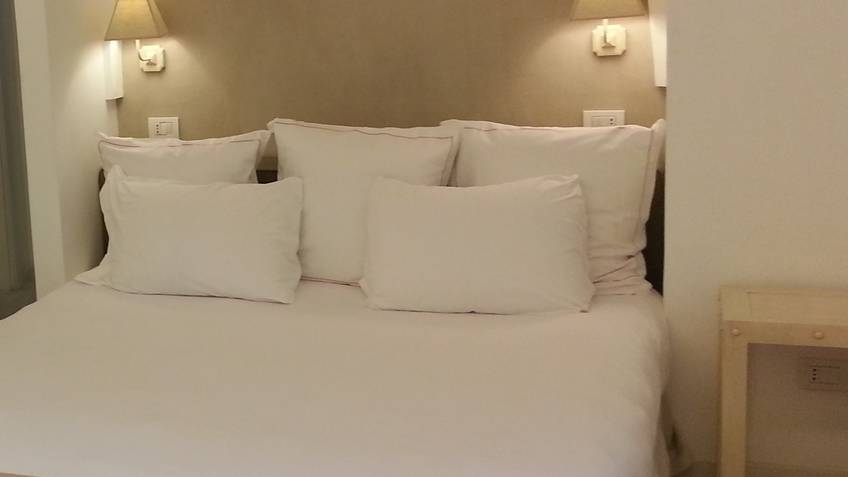 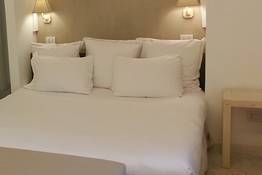 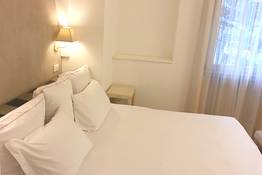 Deluxe Room with seaview and garden-view - 18 -30 sqm
Bathroom with shower.
Pets not allowed 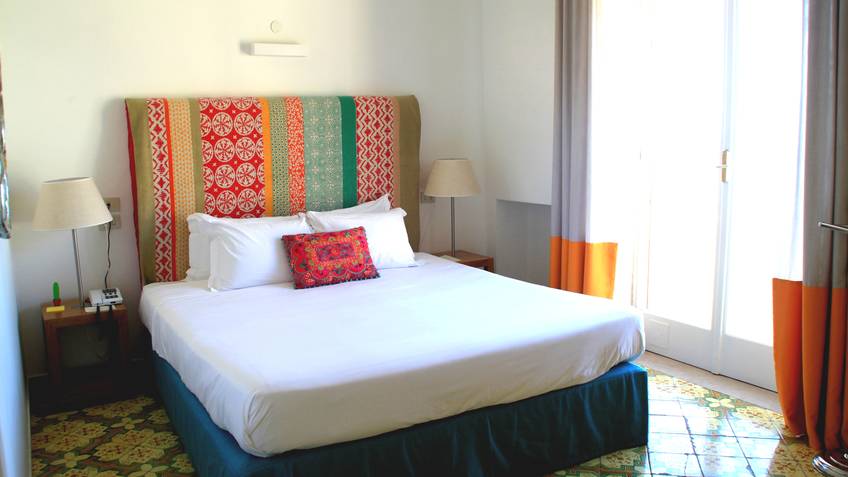 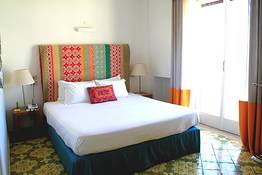 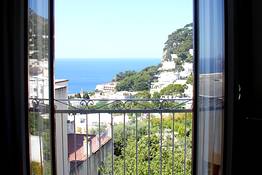 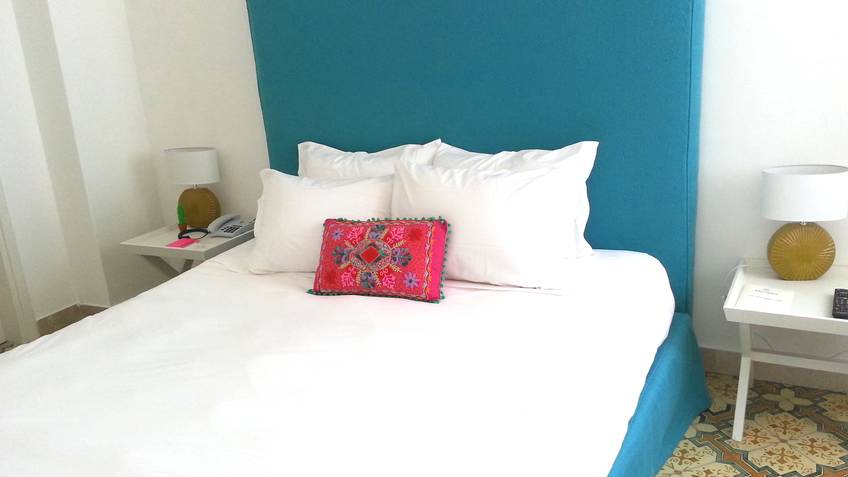 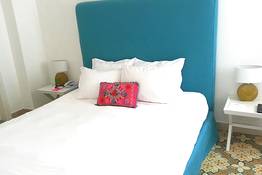 Superior Room With Terrace Without View

The Deluxe Room With Terrace Without View is a big room, provided of a nice private terrace, but there is no view, as this rooms are situated on the back of the hotel. 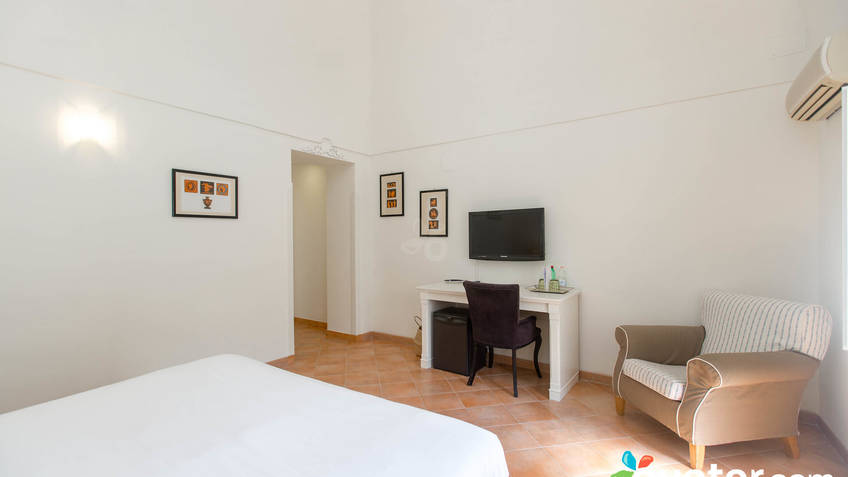 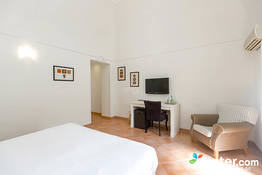 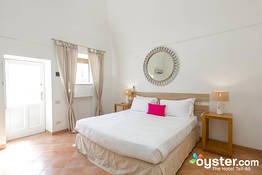 The Deluxe Room With Terrace Without View is a big room, provided of a nice private terrace, but there is no view, as this rooms are situated on the back of the hotel.

To see the available rooms and prices, fill in your travel dates.

You can't miss Capri's Villa Helios. And not only because this century-old hotel lies within easy walking distance of the Piazzetta, on the road which leads to Villa Jovis.

A wacky hotel and a tree with Wow! factor

Built in the early 20th century by a Swiss benefactress, Villa Helios is the result of a curious mixture of Moorish and Italian Liberty architectural styles - quite unlike anything you'll see anywhere else on the island.
Then there's the gigantic fig tree in the garden - which has been attracting tourists attention for over a hundred years!

There's everything you need and nothing you don't

The hotel's recently renovated bedrooms enjoy lovely views of the garden, Capri or the sea and are equipped with air conditioning, flat screen television and bathroom with shower or bathtub.
Ground floor rooms open out on to the communal terrace. There are a number of accessible rooms, for guests with reduced mobility.

Want to top up your tan? Soak up the sun on the hotel's sweeping sea view terrace!

Surprisingly economic, especially when you consider the hotel's incredibly central location, Villa Helios' room rates are some of the lowest on the island.
There's more too: Villa Helios grants special discounted rates for groups of minimum 20 people (July and August weekends excluded).

What travellers say about Villa Helios

"Villa Helios was the perfect stay in Capri. The staff was wonderful- very knowledgeable of the area and provided great recommendations. Our room was just the right size and perfectly clean!"

"Great staff. Very friendly and helpful. The rooms are neat and well maintained. The highlight is the garden where you can get away from the crowds and enjoy a glass of wine, take in the view and relax"

"Excellent staff, good location (abt 5 mins walk from the city centre), good size rooms. The gardens are great and so is the view. Only ate b'fast at the restaurant which was good. Highly recommended!"

"Great location! Fantastic view, good breakfast and very kind staff. We will come back for sure!"

"The staff was great,location was fantastic,and we look forward to come next year,special thanks to Matteo,and Setefano as well as all of the other staff who were so friendly and professional"

"Staff were fantastic and very helpful. Room a little dated but garden and location easily made up for it. Could have done with a warning about getting to hotel with large bags! Definitely recommend."

"Our favorite hotel in southern Italy. Availability of hot water in shower was erratic"

TripAdvisor Traveler Rating Based on 440 recensioni »

Visited Villa Helios last September, Capri was part of a month long travels in Italy. I always research and read about the place we stay at. Villa Helios is one of those places where your breath just... more »

We are so lucky to have the opportunity to go to Capri on holiday, its such a special and unique place. Our five night stay at Villa Helios was nothing short of wonderful, the staff are SO attentive... more »

Great hotel off the beaten path

What a gem. Beautiful setting and wonderful staff. We were warmly greeted and felt we had found a bit of heaven. Five minutes from the top of the funicular, quiet with a lovely garden. Highly... more »

Villa Helios is located in the center of Capri, only a five minute walk away from the famous Piazzetta

Book private transfers online Begin Your Holiday on Capri Stress-free! Arrive at your hotel by car + ferry or private speedboat.
Book a boat online Boat rental guide Types of boats, prices, and information: all you need to arrange a boat rental or charter with or without a skipper.