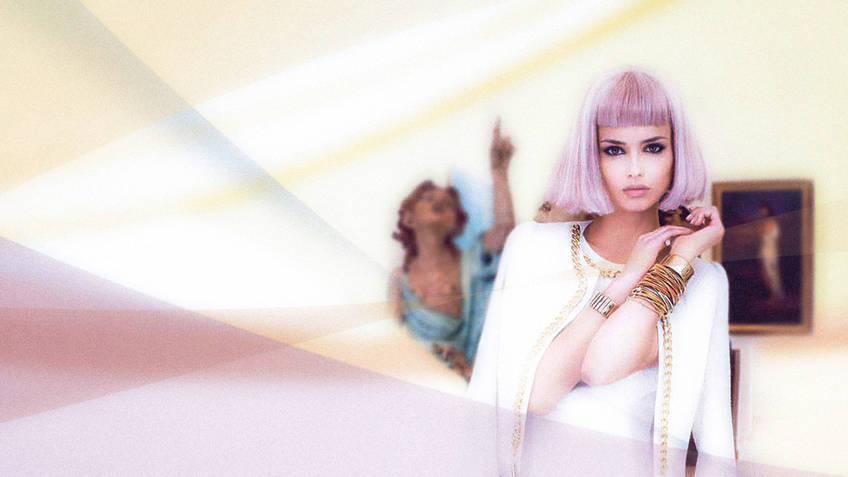 It was 1944, and Europe was deep in war. Capri's famed luxury hotel Il Quisisana was being used as barracks for the US armed forces, and American soldiers would often stop by Signora Olimpia's shop to buy "le campanelle di San Michele" - small "bells of Saint Michael" - which they would mail back home to their families as a lucky charm. That Christmas, the residents of Capri decided to send a bell of Saint Michael to the American president, as a sign of their hope that the war would soon come to an end. The gift did, indeed, seem to bring good fortune: just months after it was displayed in Washington DC, it was used to ring in the victory of the Allies.

After a few years had passed, the Island of Capri had recovered from the war, Il Quisisana was once again restored to its past glory, and Signora Olimpia's daughter opened a small jewelry shop with her husband, Albert, and revived the tradition of the bells of Saint Michael. Lina called her shop "La Campanina", and to commemorate the special relationship between the island and the United States that exists still today, each year Lina and Alberto organize festivities for the 4th of July.

The Precious and the Unique

This tradition of craftsmanship with gold and precious stones has been passed down with success through the family, arriving at the third generation as Signora Olimpia's grandchildren Mariolì e Filippo continue to delight their international clientele each season with new and original jewelry and accessories. Both customers and simply admirers of their creations pause before the windows of "La Campanina" as soon as they arrive on the Island of Capri to see what original pieces this creative collaboration has on display.

Stop in and meet the Federico family for a sample of authentic island hospitality, as you are lightheartedly yet carefully guided in your selection, be it for an expensive piece of jewelry or a simple accessory. Famous boutiques and designer labels dominate the shopping that Capri is known for, but "La Campanina" di Alberto e Lina is like an invitation into a local family's living room, where the Italian and international jet set combine perfectly with the warm hospitality of Capri.

Along with the two boutiques located along Via Vittorio Emanuele, there is now a new location in the Piazzetta, Gem, which specializes in trendy jewelry and luxury watches.

La Campanina by Alberto and Lina is situated in the heart of Capri, on the exclusive shopping street of Via Vittorio Emanuele and just a few steps away from the island's world famous Piazzetta.

For your every desire...

These tiny, delicate bells - a symbol of Capri - are the perfect memento of your visit!

The historic jeweler in Anacapri