In the island dialect spoken on Capri, it's called chiazza. On maps, Piazza Umberto 1. But the entire rest of the world knows it as La Piazzetta. This bustling square is the center of Capri, the focal point of island life. It's impossible to visit without passing through it, and hard not to stop once there for at least a quick espresso.

The nickname Piazzetta comes from its rather diminuitive size; this rectangle is just a few square meters, almost all of which are covered by bright cafè tables. On summer nights, festive crowds are so thick that it's hard to navigate from one end to the other, so visitors often give up, instead grabbing a seat for a leisurely evening of drinks and people-watching. And it only takes a few minutes of observation over a glass of wine to understand why the Piazzetta is often called the drawing room of the world. Everyone from Northern European princesses, to Italian actors, to American billionaires, to your next door neighbor sits elbow to elbow. Rich (and nouveau riche) and poor, Old World nobility (including the fallen) and New World upstarts, all at neighboring tables at that most democratizing of hours: cocktail time.

How much does an espresso cost in the Piazzetta

An espresso ordered while sitting at a cafè table in the Piazzetta on Capri will cost around EUR 5, while a cocktail will cost closer to EUR 12. Every bar has a menu with separate price lists for rates sitting down at the tables and standing at the bar.

During the day, the Piazzetta is crowded with daytrippers to Capri who stop by for a few minutes to soak up a bit of its famous atmosphere. But to see the true Piazzetta as town square, stop by in the early morning when locals pass through on their way to work or to the beach for a quick cappuccino and cornetto breakfast, a glance at the paper, and a gossip with neighbors.
If you ever get the chance to visit during the quieter winter months, you'll be surprised by how big this tiny space suddenly seems...the cheery cafè tables are packed away, the bars closed for the season, just a few lonely chairs are left outside, and an icy wind comes up from the sea.

In the Piazzetta, there is a newsstand, City Hall, the police station, and, just a few steps beyond, the Funicular stop, which opens onto a terrace framed by white columns and overlooking the Gulf of Naples.

Climb the stairs leading from the Piazzetta to the former Cathedral of Santo Stefano, Capri's most important church dating from the 17th century, and the Centro Caprense Ignazio Cerio, housed inside the 14th century Palazzo Arcucci.
From here, it's well worth the effort to continue along Capri's picturesquely narrow lanes to the orange groves of the Teresian sisters. Here, the otherworldly peace seems light years away from the buzzing Piazzetta, though all it takes is a quick walk around the corner to find yourself once again facing the famous Clock Tower, the Torre del Orologio.

The Torre del Orologio is doubtless the most recognized symbol of Capri's Piazzetta, one of the most unique free-standing clock towers in Italy. It marks every quarter hour, though the languid pace of the island seems to stretch out the minutes here just a bit longer.

Getting to the Piazzetta on Capri 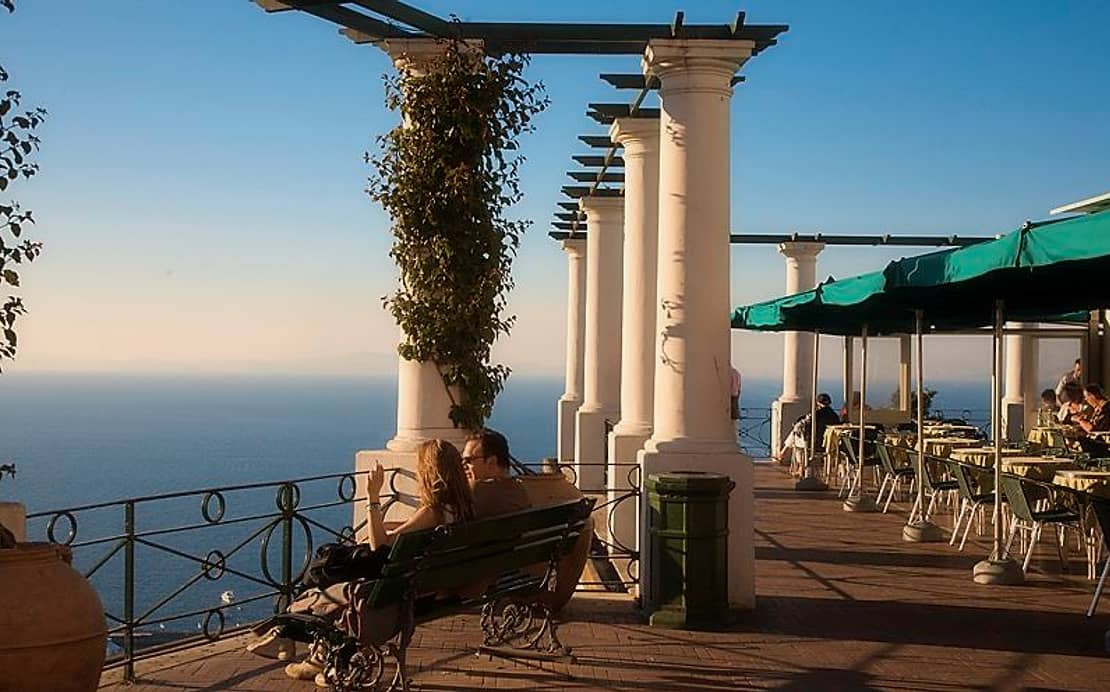 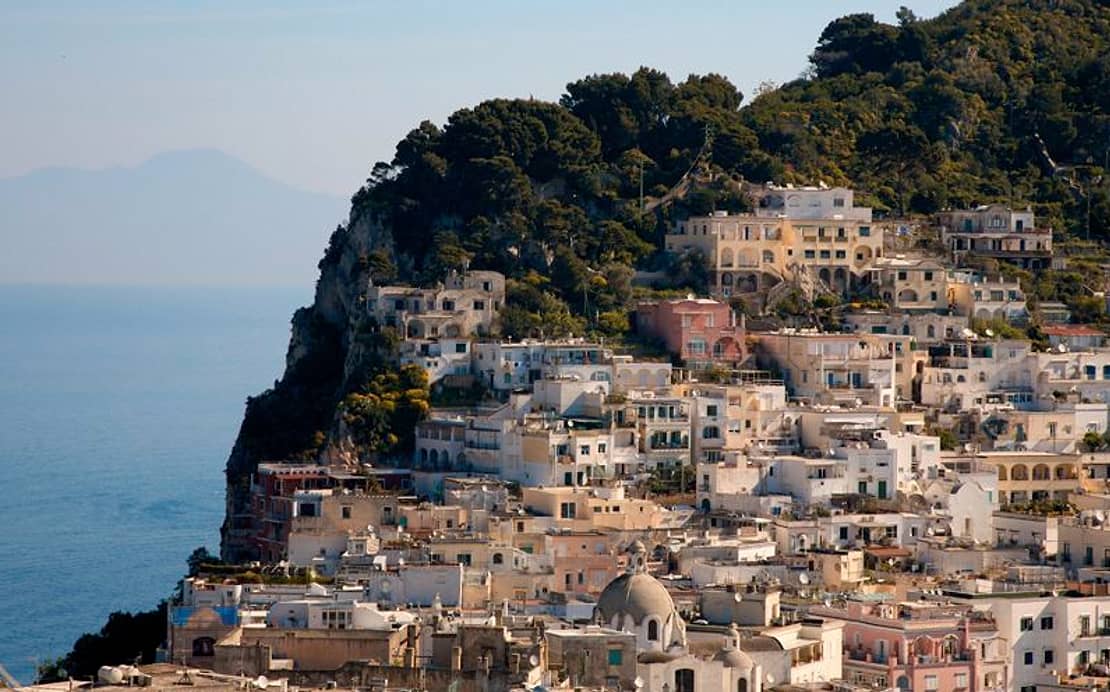