from Thursday to Sunday, at the following times:
10:00 a.M. -7:00 p.M. June, July, August, September
10:00 a.M. - 6:00 p.M. April, May and October
10:00 a.M. - 4:00 p.M. March, November and December.
The opening hours of Villa Jovis change frequently, so before you plan on visiting, we suggest double-checking to make sure it’s open by asking at the tourist information offices in the Piazzetta or Marina Grande.

The Roman emperor Tiberius was history's first "tourist" who fell in love with the island of Capri, fleeing the chaos of the teeming city of ancient Rome to find peace and serenity here.

During the first century A.D., he commissioned 12 villas to be built on the island, including Villa Jovis. This was his largest and most sumptuous villa, covering around 7,000 square meters and dominating the Mount Tiberius promontory and the slope descending to Cesina. The view from the north side encompasses most of the Gulf of Naples, stretching from the island of Ischia to Campanella Point, while the view from the south overlooks Capri.

The villa's architectural style combines that of Classical villas from the Roman empire with elements of a small fortress. The center of the villa housed a number of cisterns to collect rainwater, a fundamental design element on this island which has no natural springs, which was used both as drinking water and as a reservoir with which to supply the baths, which were divided into the traditional frigidarium, tepidarium and calidarium.

The servants' quarters were located on the west side of the villa, while the emperor and his most trusted counselors, including the astrologist Thrasyllus, lived and worked on the north side of the sprawling residence. The east side was reserved for the throne room.

The ancient lighthouse, used as a signal tower to communicate with the mainland and as an astrological observatory, collapsed following an earthquake just days after the death of Tiberius.

Unfortunately, the ruins of Villa Jovis were neglected for centuries and many finds have been lost. Some objects from the site are collected in Naples' Archaeological Museum, and much of the villa's marble was used to build the church of Santo Stefano. It was only relatively recently in 1932 that the site was taken in hand by researchers and official excavations begun.

Just before the entrance to Villa Jovis, the little-known and free Parco Astarita park beckons. Step inside and walk to the final terrace where you can enjoy a gorgeous view...surrounded by Capri's mountain goats, which roam free through the grounds!

We recommend...
As the route to Villa Jovis is quite long, we recommend organizzing your walk with a number of stops along the way, so you can make the most of your time and energy.
Once you have made it to Villa Jovis and toured the site, stop in at the Parco Astarita and take a look at Villa Lysis.
Stops:

The opening hours of Villa Jovis, Parco Astarita e Villa Lysis change frequently, so before you plan on visiting, we suggest double-checking to make sure it’s open by asking at the tourist information offices in the Piazzetta or Marina Grande. 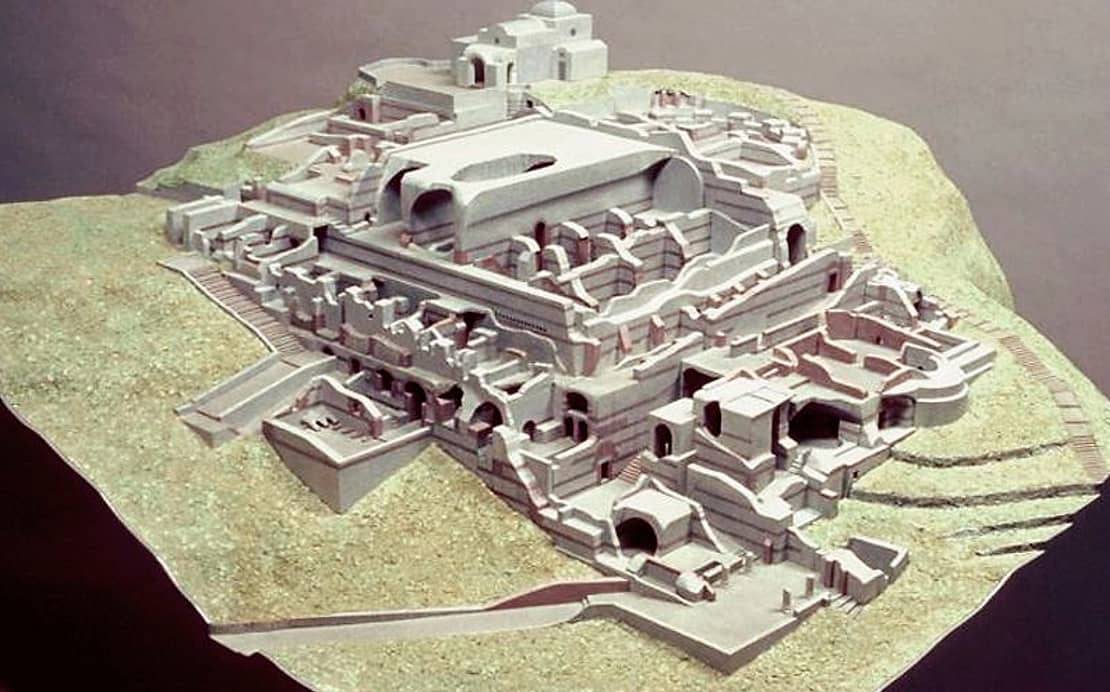 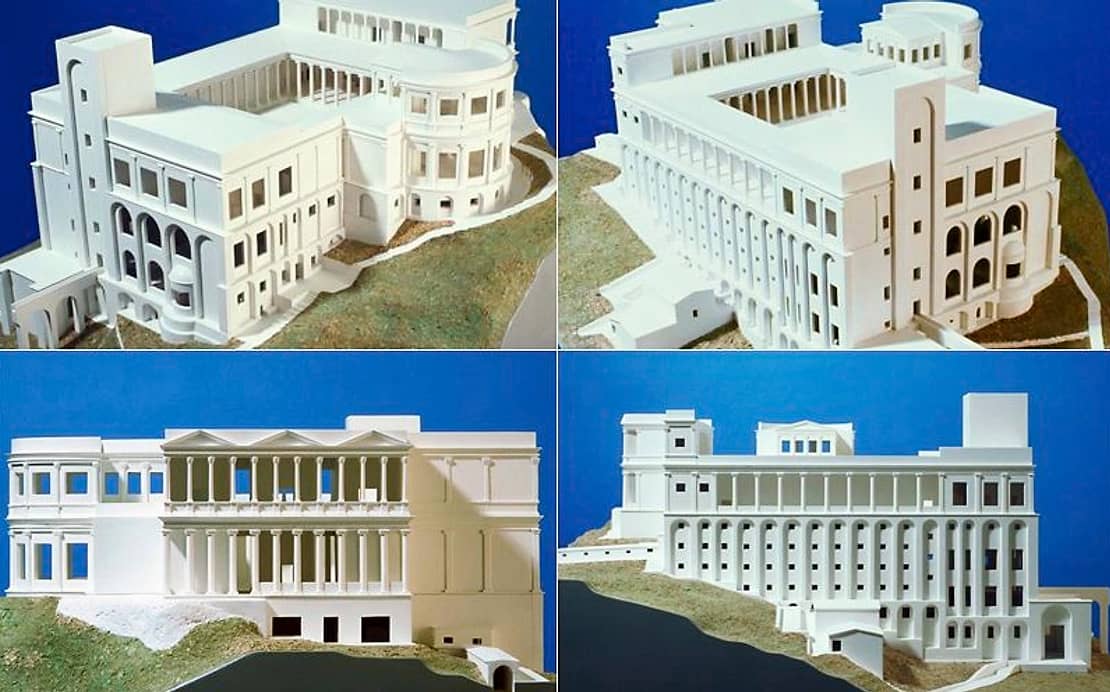 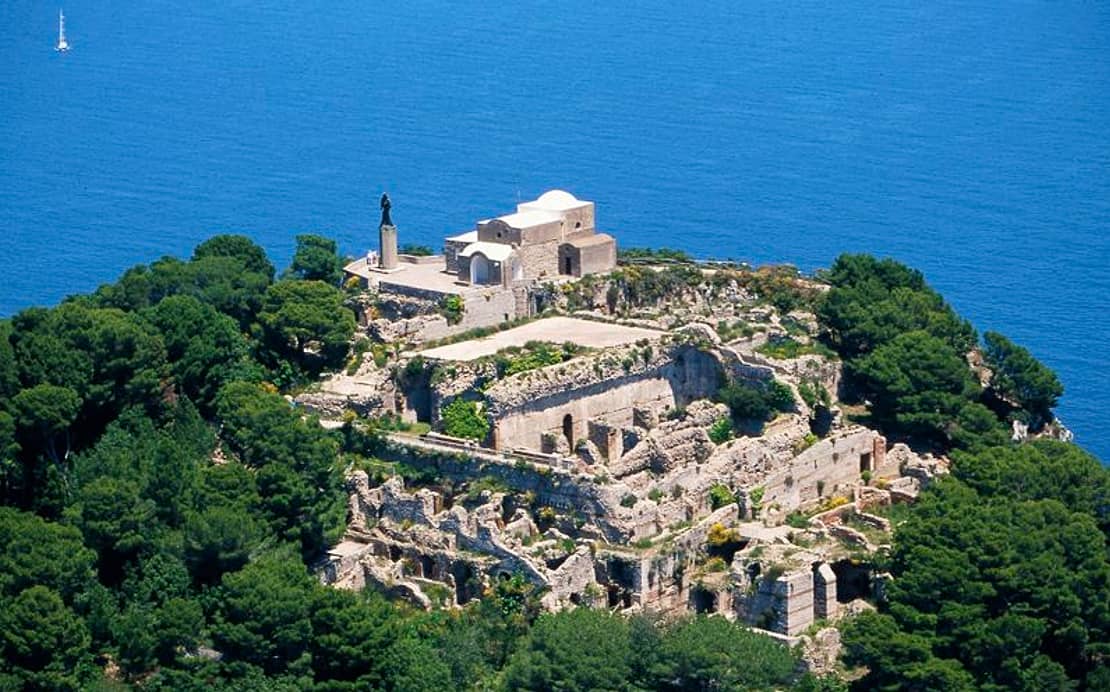 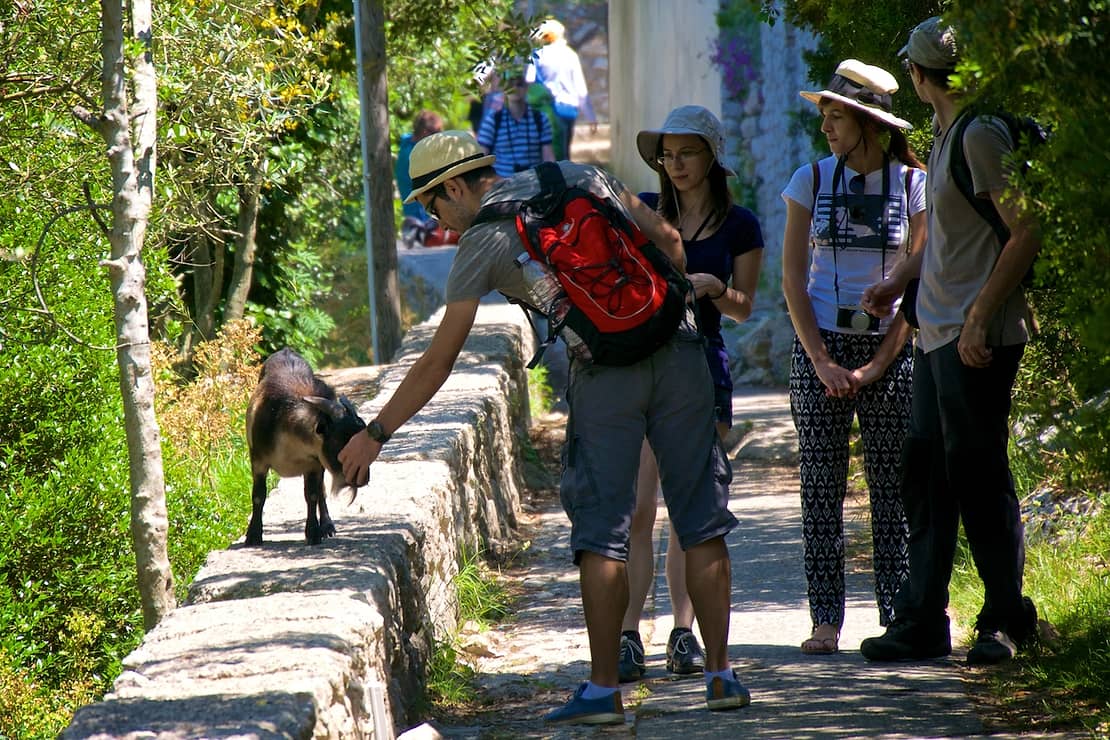 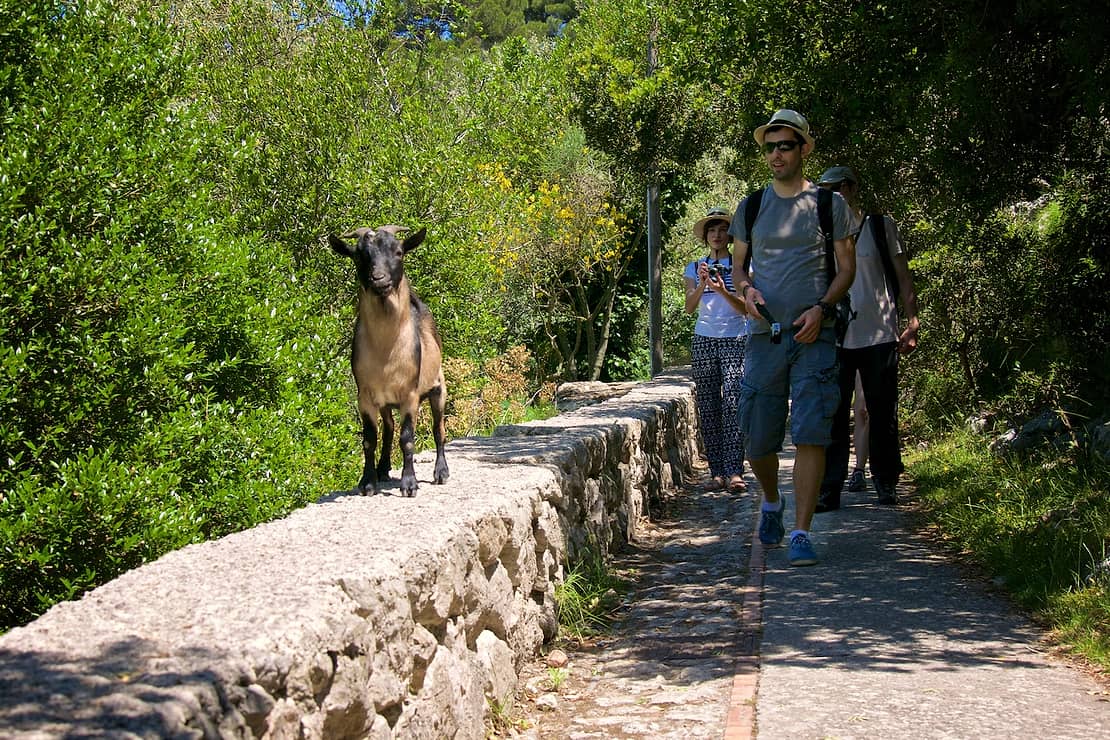 The Magic of an Icon