"Lovers' kisses fly to you", to the Island of Capri.

This phrase drove the French baron and man of letters Jacques d'Adelswärd Fersen to cross the Gulf of Naples as if it were mythical River Lethe, said by the Ancient Greeks to be purifying, and land on the island of Capri in July of 1904, leaving behind Paris and the accusations of corruption of minors and crimes against public decency in his wake.

Like many contemporary intellectuals, Fersen made Capri his literary oasis by commissioning a villa on the island's heights facing north: his beloved Villa Lysis, named for the young Athenian and friend of Socrates and subject of Plato's dialogue discussing friendship, which reflected his relationship with his young companion Nino Cesarini, whom he met in Rome and with whom he would spend the rest of his life.

The residence is a gem of eclectic architecture, with a blend of styles and influences which are a memorial to love and angst. Amori et dolori sacrum inscribed above the door reflects Fersen's life philosophy, and this villa would be his place of residence during the happiest years of his life, when he was surrounded by intellectuals and important cultural figures and his home became a meeting place for the greatest minds of the time. This rich existence built on poetry, culture, art - but tinged by debauchery and ill-chosen passions - ended abruptly when Jacques Fersen decided to consume 5 grams of cocaine in a glass of champagne. This drug, which he discovered while traveling in the Orient, was one of his great loves and was also his downfall. Fersen is buried in Capri's Non-Catholic Cemetary in a white urn with Mount Vesuvius and Villa Lysis as a backdrop. 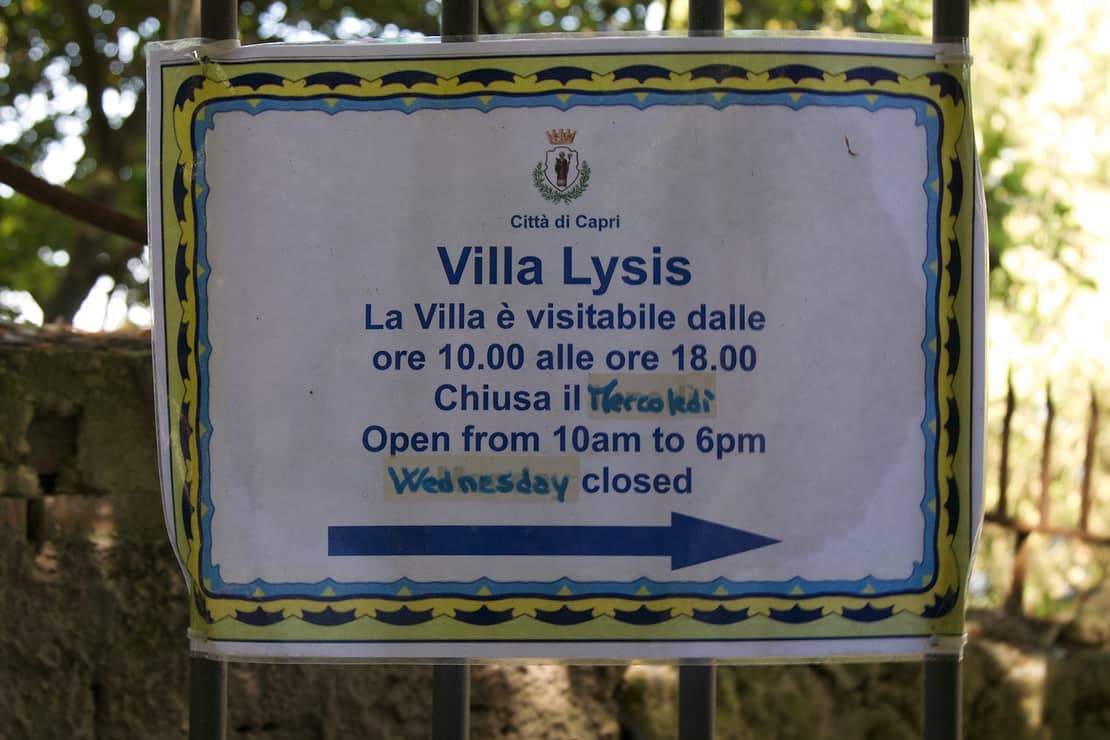 Getting to Villa Lysis:

Notes: Opening times and prices may vary. Please check them at info-points in Marina Grande or in Piazzetta.

A Jewel of a Museum in the Center of Capri

The tiny Museo Cerio is a jewel of a museum in the center of Capri town.

History of the island

The history of Capri island

The writers, artists and aristocrats who fell in love with Capri