Renting a scooter can be the perfect solution for visitors to the island who have little time to see all there is to see on Capri and want to be able to move around the island in complete freedom. Remember that in shoulder and high seasons (April through October), only residents can circulate on the island by car; no other cars are allowed to embark on ferries for Capri. 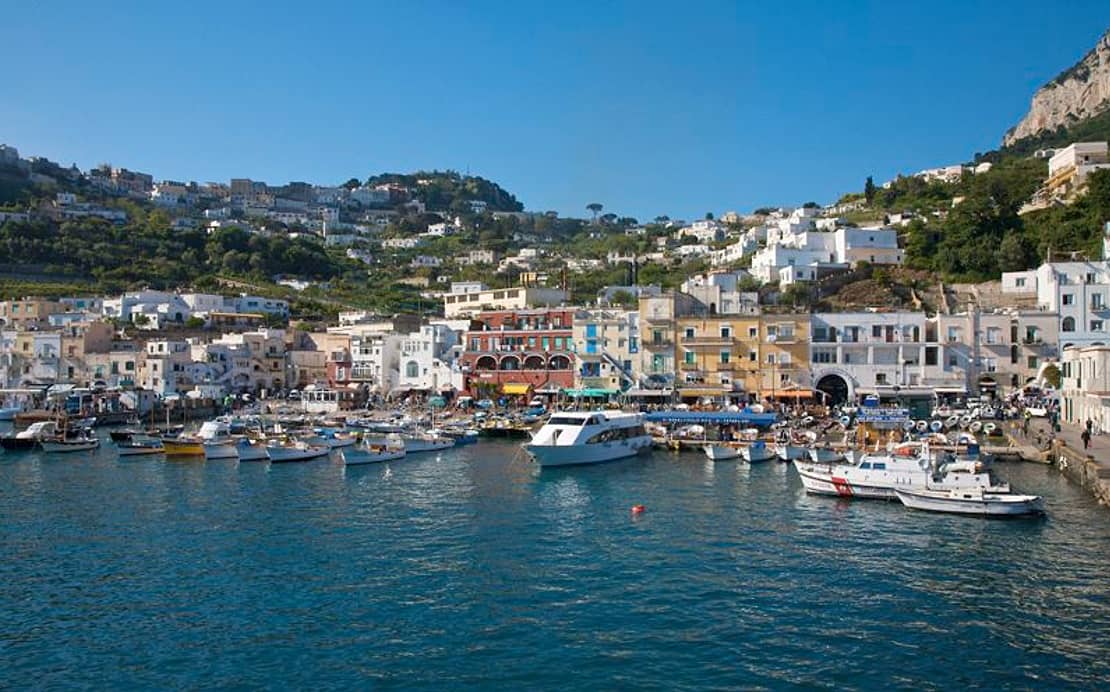 At Marina Grande, just a few meters from where the high speed ferries and ships dock, there are a number of scooter rental companies, which provide helmets, a full tank of gas, a map, and all the locations of parking lots.

If you already know your travel dates, book your scooter in advance online to be sure to find one waiting for you when you arrive on the Island of Capri.
With Oasi Motor, you can reserve your scooter online now!

Once you leave Marina Grande, both the paved roads lead to Capri, or, more precisely, the Due Golfi roundabout, which is where all the island's major roads intersect. Near the roundabout, there are a number of parking lots for those who want to stop and visit Capri town (completely closed to traffic) and another scooter rental point.

The best way to take advantage of your scooter is by using it to get to the beaches around Anacapri, the Punta Carena lighthouse, and the Blue Grotto, which are all along the very scenic Provincial Highway Capri - Anacapri.

At the end of this road which winds around the foot of the mountain (from where the view over the Gulf of Naples is breathtaking), you will pass by Piazza Vittoria and continue along Viale Tommaso de Tommaso until crossing Via Caprile and Via Pagliaro.

Along Viale Tommaso de Tommaso there are number of public parking lots where you can leave your scooter to visit the historic center of Anacapri (which is also closed to traffic) and walk along Via Giuseppe Orlandi, visiting the churches, monuments, and tiny local artisan workshops.

What is There to See in Anacapri?

Continuing along Via Caprile, you will reach the Punta Carena lighthouse beach in about 10 minutes, a rocky cove with deep water which remains sunny until the sun goes down over the Mediterranean.

In addition to the beach club and the Lido del Faro restaurant, which is specialized in fish and seafood dishes and is the perfect spot for a romantic candlelit dinner, you can also stop at the famed bar "da Antonio" on the beach, beloved for its sandwiches and caponata.

Either on your way to the lighthouse or on the trip back, you can stop along the road between the lighthouse and the center of Anacapri at the piazzola di Pino to visit one of the small forts, which were historically used to guard the waters around the island from pirate attack. 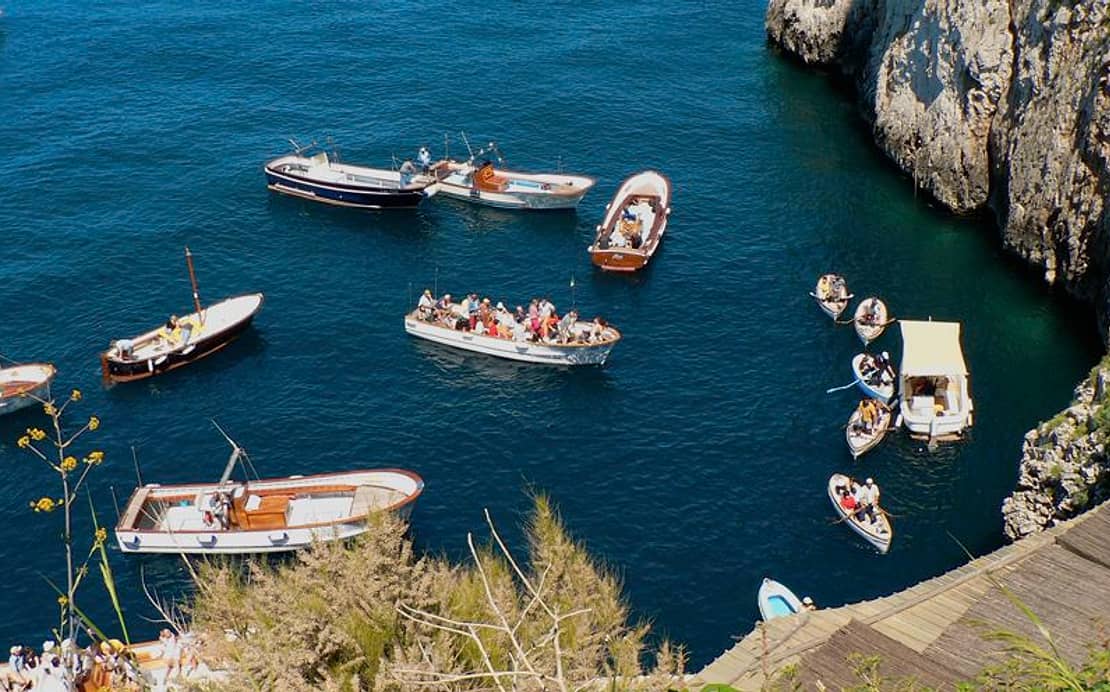 The Via Pagliaro, instead, leads to the Blue Grotto. After visiting this lovely sea cave aboard one of the small wooden rowboats which transport visitors inside, you can walk to the rocky Gradola beach. Nearby, the Il Riccio, a traditional island restaurant serving Capri's local dishes, and the Il Nettuno beach club are perfect for a meal or simply to sit and relax.

On your return trip towards Anacapri, you can park your scooter in the piazzetta di Orrico (marked by a large marble tablet) to visit the other defensive fort, though be aware that the stairs back up to the parking area are particularly difficult during the hottest hours of the day.

Along the route towards the Blue Grotto, you can stop at the lane which leads to the Villa Damecuta archaeological site located at roughly the halfway point, one of the twelve villas constructed on the island by the Emperor Tiberius.